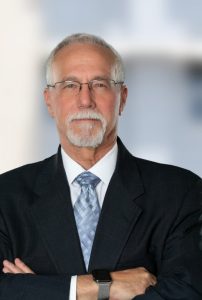 Keefe Brooks has spent over 40 years as a trial attorney, concentrating his practice in business and commercial litigation and professional responsibility matters. A Fellow of the prestigious American College of Trial Lawyers, his diverse experience includes: commercial contract matters, director and officer liability, business tort litigation, insurance coverage disputes, professional liability matters, and financial institution matters. He also serves as an expert witness, mediator and arbitrator in his fields of expertise. In 2011 through 2022, he was selected by his peers in Michigan Super Lawyers as one of the top 10 attorneys in Michigan (#1 ranked lawyer in 2015, 2016 and 2017), and was featured on the cover of Michigan Super Lawyers in 2012.  Mr. Brooks also accepted an appointment as a part-time faculty member at the University of Michigan School of Law.

Mr. Brooks has tried several high-stakes, high-profile cases in state and federal courts.  Some highlights of his practice include: